Back To The Wharf is one of a wave of Chinese crime dramas in recent years. These films make up for the bloated, big budget, nationalistic battlefield epics China had been exporting, at least for me. Some of these movies are straight neo-noirs like Diao Yinan’s Black Coal, Thin Ice (2014) and The Wild Goose Lake (2019) or Wen Shipei’s Are You Lonesome Tonight? (2021). Some use the conventions of neo-noir to lean into style and filmmaking craft like Bi Gan’s Long Day’s Journey Into Night (2018) and its stunning transformation into one-shot, magical realist noir in its second half. Some recent Chinese crime dramas have leaned heavily into the drama, using crime film conventions to underscore examinations of relationships, character and Chinese society and politics, like Jia Zhangke’s Ash Is Purest White (2018). And Back To The Wharf leans heavily into drama after an inciting incident underscores the ways that individuals and families are destroyed or benefitted by hypocrisy and socially sanctioned criminal enterprise. Probably not incidentally, Back To The Wharf shares cast members with many of these films.

In 1992, Song Hao (Zhang Yu) was an excellent student with a legacy admission to a respected university. His family is proud and Song Hao should be set for life. But, of course, he is not. His principal informs him that for the good of the collective, another student who needs it more is receiving the admission. The official reassures Song Hao that it will be okay—Hao is sure to pass the state admissions examinations. They are, of course, fair. Hao’s friend Li Tang (Lee Hong-Chi) is awarded the admission because his father is the deputy mayor of Xiyuan City. The deputy mayor is a corrupt official and a gangsterish man. He invites Hao’s father, Song Jianfei (Wang Yanhui) and Hao to the banquet celebrating Li Tang’s academic success, and there he indirectly pays off Song Jianfei with a lucrative government permitting position. This position incidentally helps Li Tang with his later real estate business. But between the time the principal informs Hao that he has lost his legacy admission and the banquet, there is a murder. One that destroys Hao’s family and forces him to abandon his dreams of going to university. Hao flees to Guangzhou and becomes a worker in a stone-carving factory. Fifteen years later, Hao returns for a funeral and checks in on his past, including a 15 year old girl, Wan Xiaoning (Deng Enxi), who was orphaned by the murder. He also meets Pan Xiaoshuang (Song Jia), a former classmate and current tollbooth attendant. They start seeing each other and Hao begins to emerge from his exile, emotional and otherwise. Things are still sad, but it looks like both Hao and Xiaoshuang might have a better future, or it does until Li Tang takes Hao for a ride and destroys everything all over again.

The performances are impeccable. As an adult, Song Hao has given up on any possibility beyond survival and Zhang Yu captures both Song Hao’s emotional exile and his sudden realization that he has a chance at something more. Song Jia is fantastic as Pan Xiaoshuang, a woman who sees her own chance at the life she wants and is determined to take her shot. Wang Yanhui ‘s Song Jianfei presents a father who is resentful, angry and absolutely committed to his son. And Lee Hong-Chi’s Li Tang is appropriately loathsome as the scion of a corrupt oligarch who still seeks emotional connection even as he destroys any chance of it.

Hong Kong filmmaker Johnnie To compared the Chinese government and officials involved in real estate deals in Mainland China to Triads in Election (2005), Election 2 (2006), and Exiled (2006). These films were banned in China and are still under threat now. So despite knowing that things are always changing with Chinese censorship, it still surprises me to see a contemporary Chinese crime film like Back To The Wharf make similar comparisons. Li Xiaofeng and co-writer Yu Xin compare a government official to a gangster, show hypocritical use of Communist ideology, and the film screens in China. Deputy Mayor Li’s family acts like a crime family. The Deputy Mayor’s son, Li Tang, runs a real estate development company that is literally bulldozing Song Hao and Li’s old neighborhood and attempting to pave over a murder that occurred there 15 years before. Hao loses an admission to college he earned because the deputy mayor buys off and/or intimidates everyone to get what he wants. And school officials paper it over with appeals to collective unity and support of those in need. I can’t help noticing, though, that Back To The Wharf, like several films I mentioned here, are all set in a time before Xi Jinping became First Secretary of the Chinese Communist Party in 2007 and Vice President of China in 2008. It reminds me of how Hong Kong crime films set in Hong Kong and Macau had to take place before the Handover to avoid implying there were problems with gangs or crime in China under Communism. Now it appears to be that all cinematic crimes are committed before Xi is in power and are justly addressed under Xi. Just to be sure, Back To The Wharf adds a good cop who is onto everyone and a “crime doesn’t pay” ending with text informing the audience of the criminals’ punishment reminiscent of the Hayes Code and noir history in the US. It is interesting to see a similar response to the constraints of censorship.

Li Xiaofeng’s influences are apparent in Back To The Wharf. And the blend of crime and drama is not smooth. But it’s not an easy thing to cover several true crime stories while focusing on a relastionship between a man whose life has been devastated and a woman who is scared she will never have more than she already does. Jia Zhangke easily covers this kind of ground, but most filmmakers would make 2 or 3 films out of the same inspirations and ideas in Back To The Wharf. Still I always appreciate filmmakers who try something ambitious even when they don’t completely succeed. And Li Xiaofeng and co-writer Yu Xin are definitely attempting something ambitious. All the noir styles are present from a bleak naturalism to neon to a lush, stylized scene lit through rain running down a window. The film has genuinely touching moments and genuinely gorgeous moments of style. It also has genuinely harrowing moments in the beginning and the end. I felt real existential dread as Song Hao and his father stare into the abyss.

Carol Borden is an editor at and evil overlord ofThe Cultural Gutter, a website dedicated to thoughtful writing about disreputable art. She was a writer for and editor of the Toronto International Film Festival’s officialMidnight Madness and Vanguard program blogs. She has written for Biff Bam Pop, Soldier of Cinema, Mezzanotte, Teleport City, Die Danger Die Die Kill, and Popshifter. She’s appeared on CBC radio, The Projection Booth podcast, The Feminine Critique podcast, the Book Club for Masochists podcast, and the Infernal Brains podcast. She’s written a bunch of short stories including Godzilla detective fiction, femme fatale mermaids, an adventurous translator/poet, and an x-ray tech having a bad day.You can find them here. 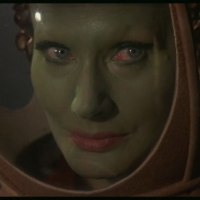 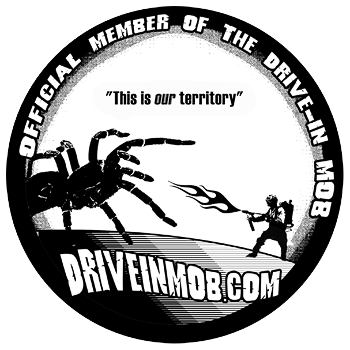